If you see a crocodile on the beach in Tarifa, stay calm, move away from the area slowly without making too much noises. You must never approach it, attack it or try to move it. If the crocodile bites or make charges at you then RUN away from it as fast as you can! 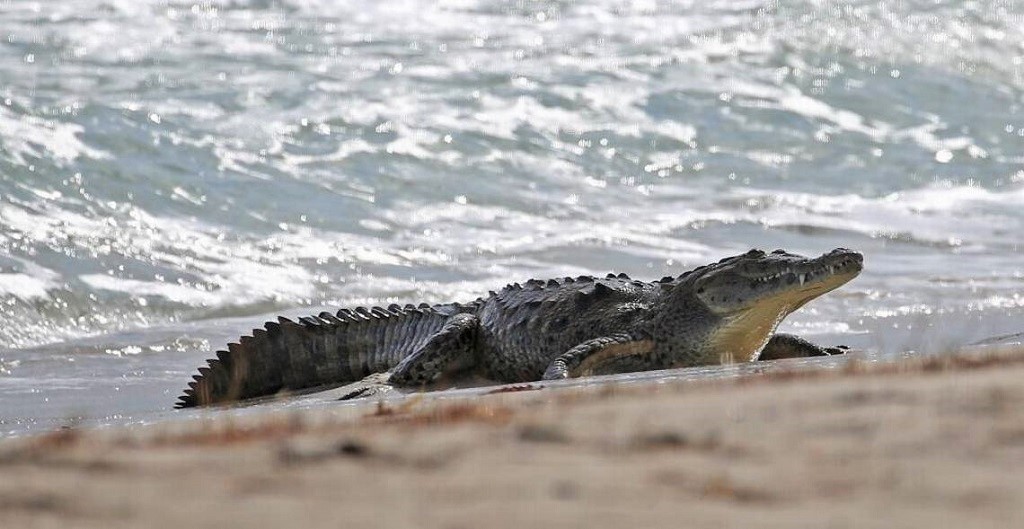 The danger zone for a crocodile is about half its body length, directly in front and 90 degrees from either side. That’s the distance that it can very rapidly attack.

Crocodiles reach a speed up to 32 km/h for short distances on land. Never make the mistake of thinking that an crocodile is slow! Crocodiles are extremely quick and agile and will defend themselves when cornered.

If a crocodile bites (you are too close), you should fight like hell, they often release prey if they find it is too strong and dangerous for them to pursue. Fight, push, hit, scream, anything you can do to get away, In particular, hit their nose and eyes; the nose is covered with sensitive receptors, and the eyes are one of the only parts of their body that’s vulnerable. If a crocodile try to drag you down into the water. In this case, you will need to attack it until it lets go.

More challenges await us, not just fighting the next virus. Flora and fauna worldwide suffer from the rising temperatures with all its consequences.

Do we see (again) crocodiles or alligators crossing the Atlantic?

Crocodiles are salt-tolerant and can go up to six months without eating. What’s more, females can carry viable sperm for several months after mating, which means a single female could have crossed the Atlantic and produced a litter on the other side.

Climate change is the challenge, Reduce is the answer!

Actual crocodile situation in Tarifa: Remove the cap to inflate or deflate the crocodile