The study of its architectural remains shows its Roman origin at the end of the 2nd century BC. 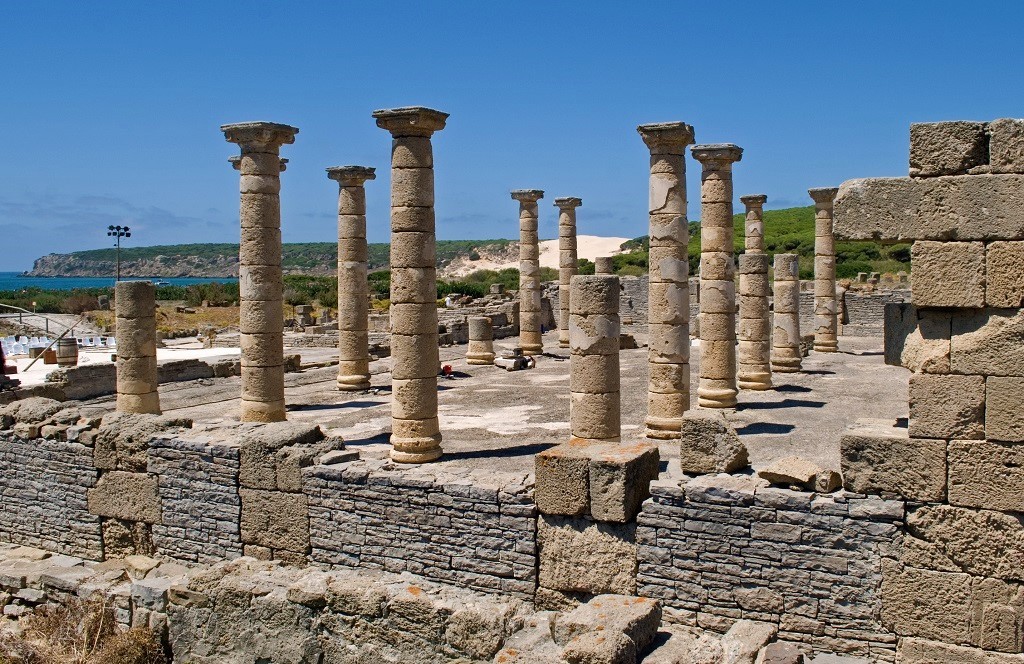 This superb early Roman city of Baelo Claudia in Bolonia is very well preserved, It has everything, the forum, the great Roman highway and city gates, columns, the magnificent amphitheatre, the saltng pits near the beach, temples, necropolis, statues, viaduct, baths etc etc. The layout is clearly visible and work is still in progress as it will be for years to come. The visitor centre and museum attached in a beautiful modern building. One of the statues was found as late as 2012 so there is obviously more to come.